What are grid slots?

It's hard to determine when or what prompted the grid slot craze, but the Candy Crush revolution is certainly to blame. In any case, grid slots are a welcome change from the traditional 3 or 5 reel slots. Grid slots are not universally defined. But, in general, they have a big gaming area with symbols falling down to form clusters rather than paylines.

The modest grid has proven to be highly versatile, with new inventive features and mechanics appearing every week to excite the gaming community. In this article, we will demystify the intriguing world of grid slots for newcomers and veteran hands alike.

The origins of grid slots 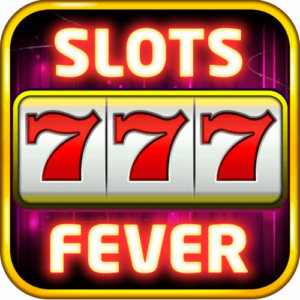 Grid slots, like many other slots, have a hazy history. It's difficult to determine when the newest game style emerged. But we can credit NetEnt for offering a few antecedents. These appeared in Aloha! Cluster Pays and powered Gonzo's Quest. Most grid slots require both of these features. Unlike superheroes, the fact grid slots are here, and there are plenty to select from. Why would you not want to? Complex settings, profound themes, amazing playability, and potential.

What are grid slots?

A grid slot's odd arrangement is the first thing you notice. Grid slots are often referred to as ‘columns and rows' because they rarely rotate like typical reels. They are frequently larger than a traditional slot, up to 8x8 or more. When the play button is pressed, a cluster of symbols falls into a grid that becomes winners.

Instead of paylines, a grid slot likely groups winners this way. For example, if 5 or more similar symbols touch horizontally or vertically, you have a winner. Depending on the slot, clusters can reach up to 25 symbols (or more).

When a winning cluster forms, the game begins to work. In most cases, winning clusters cause a cascade/reaction that clears the grid, allowing new symbols to fill the voids. Additional clusters can be hit, causing a cascade of wins on a single tumble. When no new winners arise, the next tumble can begin.

The fact that each developer adds something unique to the mix makes cascading mechanics much more appealing. These enhancements are useful because smaller cluster wins aren't often worth much. To balance the scales, game designers add comprehensive elements that can lead to favorable outcomes. Consecutive winnings might create wilds, increase progressive multipliers, or trigger free spins.

The grid slot format has proven appealing to developers, with various results. Play'n GO has been there from the inception of the movement and has produced several favorites. Reactoonz's charming aliens and NetEnt's Finn and the Swirly Spin are perennial favorites. Jammin Jars by Push Gaming also revolutionized the genre with its 8x8 grid and 20,000x potential. Sweet Bonanza by Pragmatic Play has up to x100 multipliers to go with its big jackpots. Notably, Big Time Gaming's Star Clusters redefines what is possible with grid slots.

Which grid slot is best?

In the end, the best grid spot is the one that matches you. The good news is that the category has matured and now offers a wide selection of topics, math models, and awards. There are high-risk, high-reward grid slots that cascade endlessly while on fire, as well as gentler, less severe games. We have a lot of great options for you to test. Check out the reviews below, take a demo, and you'll be tumbling away in no time.

Classic slots continue to attract a great number of players, despite the fact that the bulk of them lack many extra features or distinguishing symbols.

It’s hard to determine when or what prompted the grid slot craze, but the Candy Crush revolution is certainly to blame.

There is no shortage of possibilities for online progressive slots at trustworthy casino sites in the United Kingdom.

Video slots are among the most popular games at online casinos, accounting for a sizable portion of their offerings.

Megaways Slots are a whole new type of video slot. They include a random reel moderator, which can alter the number of symbols on a reel when it is spun.

Online casino software firms create slots month after month. With so many new online slot games being released, we should expect some duds. We’ve made it. Bigwinboard is an online gambling community.

Scroll back to top